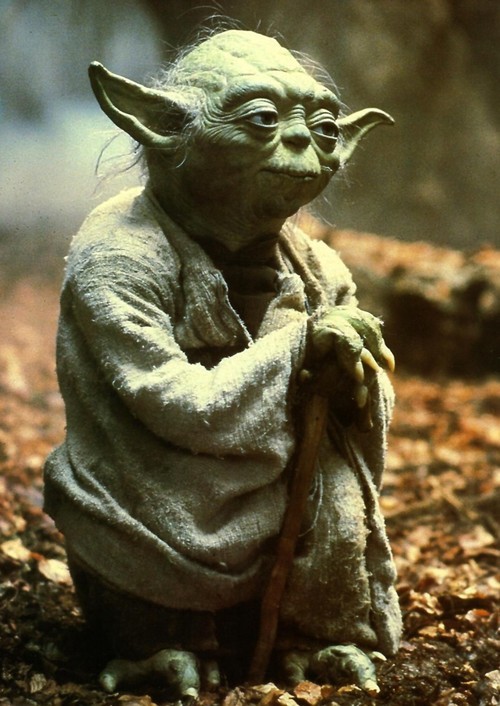 2 min read ⋅ Feb 20, 2013
Young padawan
As a child, I used to train myself in the ways of the force.  My dentist used to give me bouncy-balls for good behaviour and I used to take them, sit on the soft carpet in my room, close my eyes, throw the bouncy-balls against my oddly-contoured dresser, and use the force to catch them as they bounced back.  Needless to say, I never became a Jedi Knight.  But maybe it was because I never have a Jedi mentor?

Today I met my Dev Bootcamp mentors – John Gesimondo and Dom Kiva-Meyer.  This week I worked mostly with John, and after hearing his awesome journey from business student to San Fran coder I suggested we code the infamous “Battleship” assignment.  I outlined my approach and John and I sat down to begin coding!  When I started repeating myself, John would jump in and save the day.  When I was heading into a dark and scary hole, John would point it out and happily lead me away.  For now, I can only explain his foresight and intuition as something akin to the force.  We didn’t finish even a quarter of the assignment, but just from watching him set up his methods, debug, and write out his thought processes really showed me a dimension of coding I never got exposed to before.

As mysterious as John’s powers might be, I know that there’s only one way to get there – practice.  And to immerse myself in the force.  As another teacher of mine once said, “Do or do not.  There is no try.”

David Wen
Entrepreneur, software developer, management consultant. He can spin a book for a really long time.Subscribe to his musings.
Read next
My face :}
There’s “tired”, and then there’s “tired :)” (with a smile). Maybe :} is a better emoticon as it sorta looks like the image to the left.I caught...
2 min read ⋅ Feb 19, 2013